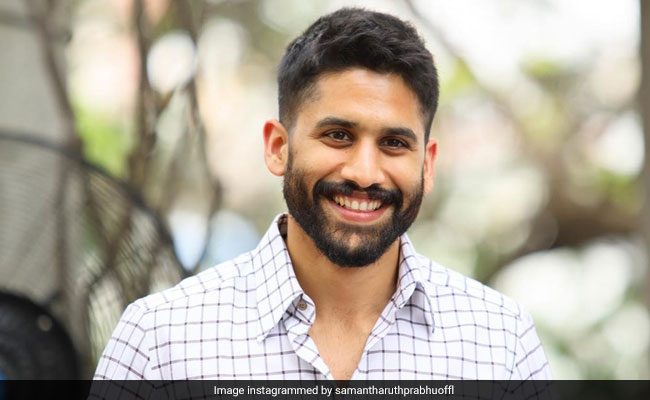 Latest: In Naga Chaitanya’s Insta Post, The Doormat Of The Year Award Goes To…

Actor Naga Chaitanya’s latest Instagram post features a humble doormat with a hilarious message. This morning, the Manam actor took to Instagram to share a picture of the doormat that, according to him, would be worthy of the “doormat of the year” award – if such a category existed. The brown doormat bears in big, bold letters the message: “Home is where the pants aren’t.”

In 2020, several people have – intentionally or unintentionally – revealed that they don’t actually wear pants below their blazers while working from home and attending meetings virtually. Several others have declared it the year that the world bid a collective goodbye to jeans. In such a scenario, this doormat seems specially appropriate.

“And the doormat of the year award goes to…” wrote Naga Chaitanya while sharing the pic. Take a look at it below:

Naga Chaitanya’s doormat post has garnered 41,000 ‘likes’ in less than half an hour, with more than 200 amused comments.

“Please post more often,” requested one fan to the actor who is largely a social media recluse, while many others dropped laughing-face emojis in the comments section.

Naga Chaitanya is the son of Telugu superstar Nagarjuna and his first wife Lakshmi Daggubati. He is married to actor Samantha Ruth Prabhu, on whose Instagram he makes frequent appearances. In August, Samantha had delighted fans by sharing a super cute picture with Naga Chaitanya on her Instagram profile.