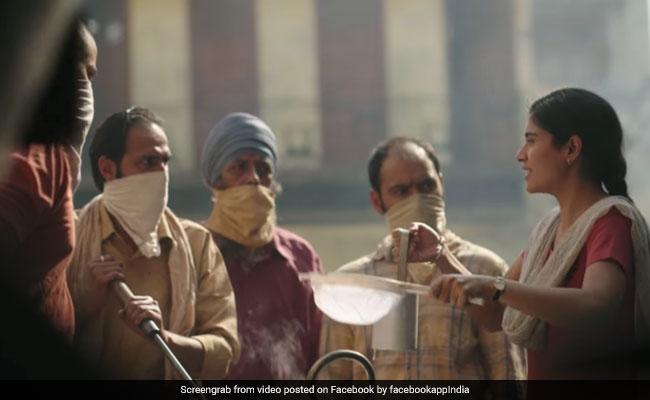 Latest: Facebook’s Diwali Video On Job Losses Amid Pandemic Will Move You To Tears

Facebook’s short film touches upon the issue of rising unemployment amid the pandemic.

Facebook has launched a seven-minute video that touches upon the issue of job losses amid the coronavirus pandemic and the role of social media in such times. Heartwarming and gut-wrenching in equal parts, this short film, released around Diwali, follows Pooja – the proprietor of Pooja Milk Centre in Amritsar, Punjab.

The coronavirus-induced lockdown severely impacted small business owners and put thousands of daily wage earners out of work. At a time when others were laying off their employees, Pooja, in Facebook’s short film, decided to hire anyone in need of a job.

She put out an appeal on Facebook, saying anyone who lost their job amid the pandemic should contact her.

Soon, a small army of workers – electricians, plumbers, carpenters, deliverymen – assemble at her small milk centre. Despite facing opposition from her brother, Pooja hires all of them, teaching them the skills necessary to run a milk centre.

The video makes it clear that she does so out of the goodness of her heart – her small business does not need so many workers. To pay their wages, she even sells her car. She refuses to fire anyone as Diwali approaches, telling her younger brother “Inki bhi toh Diwali hai.”

While her heart is in the right place, her brother is worried about keeping the business afloat – until Pooja’s employees overhear their conversation and come up with a way to help her out. They share a video on Facebook, urging people to visit Pooja Milk Centre – the place that hired them when no one else would.

An outpouring of goodwill follows – one that will have viewers reaching for the tissues as this moving short film ends. Watch the video below:

Since being posted one day ago, the video has garnered a whopping 26 million views on Facebook, and its comments section has been filled with praise for the film.

“Facebook couldn’t have made a better video…. this is absolutely beautiful and really very very heart touching. I could literally feel my tears rolling out by the end of the advertisement,” wrote one person in the comments section.

“Nice video, really inspiring for beginners like us. All of us are learning new skills.. trying to be newer versions of ourselves,” said another.

The video has been directed by Amit Sharma, director of the National Award-winning film ‘Badhaai Ho’.