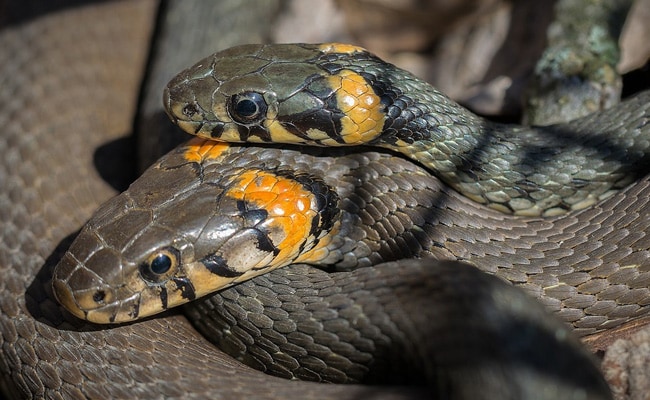 Latest: Snakes vs Elon Musk. Or Why Tesla Had To Go Slow With New Factory In Germany’s Berlin

Activists are concerned that the snakes may be hibernating at the site. (Representational)

Hibernating snakes are complicating Elon Musk’s plans for a gigafactory near Berlin.

A German court has told the US billionaire’s electric vehicle company Tesla to suspend clearing of a forest at the site of the proposed factory after environmentalists said that cutting down more trees could endanger hibernating snakes.

“The Landesumweltamt (state environmental authority) and Tesla will now be consulted, they need to make submissions by this afternoon and then we assess the situation,” a spokesman for the administrative court in Frankfurt an der Oder in eastern Germany said on Tuesday.

The carmaker announced plans late last year to build its first European factory and design centre in Gruenheide, outside Berlin, with plans to have it up and running by July 1, 2021 to start building its electric crossover, the Model Y sports utility vehicle.

Musk, who has transformed Tesla from start-up to the world’s most valuable automaker in the space of 16 years, is used to moving fast. The company’s Shanghai Gigafactory went from greenfield site to building cars in just 11 months.

The decision to locate the company’s first European factory near Berlin gives the US electric car pioneer the coveted “Made in Germany” label but it also means navigating local planning rules.

Tesla’s permission to start construction hinges on a conditional approval by local authorities, who are obliged to consult environmental groups and the community.

The company has been engaged in an environmental audit, a time-consuming process in a country where attention to detail is prized.

Environmental activists from a local group, NABU, are concerned that the smooth snake, also known as Coronella austriaca, may be hibernating in the ground at the site, and that tree-cutting activity may disturb its winter slumber.

Local authorities are also reviewing claims by NABU that Lacerta agilis, also known as sand lizards, could be put at risk by Tesla’s expansion, NABU said.

At the beginning of October, Tesla set aside three days to sound out locals and potential critics of the factory, but the consultation process lasted eight days and 414 complaints and observations were lodged.

Locals were concerned that the Gigafactory, especially once it started building battery cells, would be a drain on local water resources and wanted assurances from Tesla that consumption would be limited.

Berlin’s Tagesspiegel was first to report that Tesla has been ordered to suspend clearing of the forest.