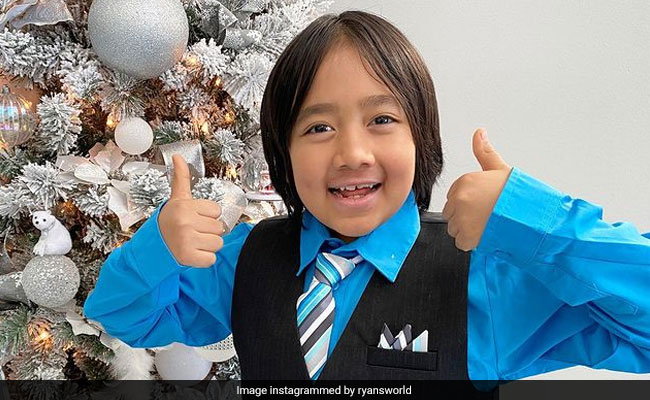 A nine-year-old boy has been named as this year’s highest-paid YouTuber by Forbes magazine. For the third year running, Ryan Kaji has managed to retain his spot as the platform’s top earner. The Texas-based YouTuber earned $29.5 million from his YouTube channel ‘Ryan’s World’ in 2020 – this despite a crackdown on child advertising that cut into his revenue.

Ryan Kaji, whose real name is Ryan Guan, began making YouTube videos in 2015 when he was just four-years-old.

His channel, initially called ‘Ryan ToysReview’, helped him gain viral fame with his toy unboxing videos. According to Insider, a video of him unboxing and reviewing toys from the movie Cars went viral on YouTube and his channel took off from there.

Today, the third-grader, along with his family, runs nine YouTube channels. ‘Ryan’s World’ remains the most popular with 27.7 million subscribers. The channel has grown from toy reviews to more informative content over the years. On the channel, Ryan today shares a mix of fun and educational videos like DIY science experiments and clips of him taking part in various challenges, sometimes with his sisters.

Several of his videos have racked up over a billion views. However, Ryan and his family are now facing a possible US Federal Trade Commission investigation over allegations that the sponsors of their videos are not properly disclosed, reports The Guardian. Consumer watchdog Truth In Advertising has alleged that nearly 9% of the Ryan ToysReview videos have “included at least one paid product recommendation aimed at preschoolers… These advertisements often depict unhealthy foods.”