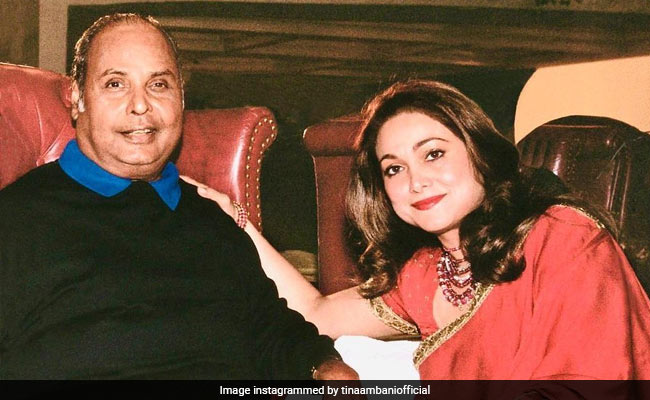 The late Dhirubhai Ambani, in a photograph shared by daughter-in-law Tina Ambani.

On Dhirubhai Ambani’s birth anniversary, his daughter-in-law Tina Ambani shared a post remembering the late founder of the Reliance conglomerate. “There was, is and will be no one like you Pappa,” wrote Tina Ambani, 63, in her Instagram post shared this morning.

She also dug into the family album to share two priceless pictures. The first one shows her kneeling next to her father-in-law. The second one shows her husband and Dhirubhai Ambani’s younger son, Anil Ambani, with his arm around his father.

Remembering her father-in-law, who was born in 1932 in Gujarat and went on to become one of Indian’s most successful businessmen, Tina Ambani wrote: “You brought out the best in each one of us and taught us how to broaden our horizons.

“While we miss you immensely, you remain part of our being, guiding and watching over us, lighting our path and reminding us each day of the possibilities life holds.”

She concluded her post by wishing him a happy birthday.

Dhirubhai Ambani was born in the village of Chorwad, in Saurashtra. A schoolteacher’s son, he founded Reliance and took it public in 1977. The company was worth $25.6 billion upon his death.

Dhirubhai Ambani died on July 6, 2002, after suffering a massive stroke. He was posthumously awarded the Padma Vibhushan, Indian’s second-highest civilian honour, for his contribution to trade and industry.