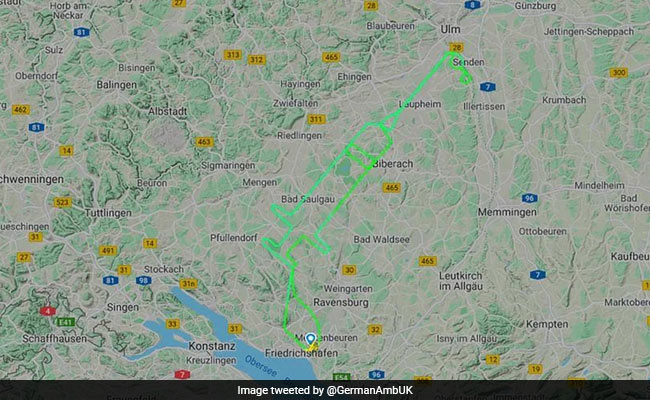 A pilot traced a syringe in the sky to mark the arrival of the Covid vaccine in Germany.

A young German pilot said Sunday he traced a giant syringe in the sky as a way of marking the start of Germany’s roll out of vaccines against the coronavirus.

Samy Kramer, a 20-year-old amateur pilot, had carefully plotted out the route he needed to take in advance in order to create the effect in the skies above Baden-Wuerttemberg.

The manoeuvres included a number of 90-degree turns during the flight on Wednesday that lasted one hour and 40 minutes and covered around 280 kilometres (170 miles).

The syringe could be seen on the Flightradar website.

“I wanted to give people food for thought for the day the vaccine became available,” Kramer, a student, told AFP on Sunday.

Germany launched its official Covid-19 vaccination campaign on Sunday, but the first jabs were actually given the day before, with a 101-year-old resident of an elderly care home becoming the first person in the country to be inoculated.

Around 65 percent of Germans said they are prepared to be vaccinated, according to a poll carried out by YouGov for the German news agency DPA.