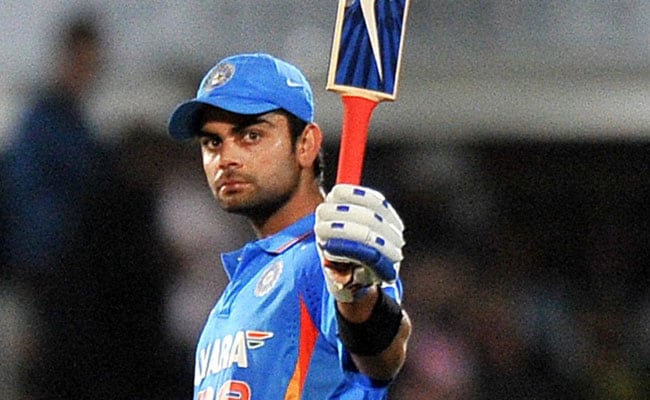 As the world bids adieu to 2020 by taking the ’10 Year Challenge’ and throwing it back to posts and pics from 2010, many Twitter users are united in the opinion that a decade-old tweet from Virat Kohli has helped him win the challenge by a huge margin. The tweet from March 26, 2010 resurfaced online after the Indian skipper won ICC Men’s Cricketer of the Decade and the Men’s ODI Player of the Decade awards in a virtual ceremony on Monday.

In the tweet, a young Virat Kohli revealed that he was looking forward to “scoring lots of runs” for his team.

With 66 centuries and 20,396 runs to his name in the ICC Awards period, it is safe to say that Kohli did indeed manage to score a lot of runs.

The 32-year-old cricketer shared his old tweet on the microblogging platform himself, along with a statement to thank his family, friends and well-wishers after winning top honours at the ICC Awards of the Decade.

The tweet from 2010 quickly went viral on social media.

It caught the eye of Virat Kohli’s IPL team – Royal Challengers Bangalore – which hailed it as the best entry to the #10YearChallenge.

Hands down the best #10YearChallenge we’ve ever come across! 😉#PlayBold#WeAreChallengers#ICCAwardspic.twitter.com/vqpq8qBnxe

The best #10yearchallenge so far. @imVkohlipic.twitter.com/vVwYe1rJwe

The premise of the 10 Year Challenge is simple. Users share a throwback picture from 10 years ago juxtaposed with a more recent one to highlight the transformation a decade can bring about. This challenge has trended online time and again.

Getting along with the #10yearchallenge! Our skipper, @imVkohli has aged just like fine wine. 😍#PlayBoldpic.twitter.com/cQYd6baUCb

Virat Kohli made his international debut in 2008 and has since dominated the field, scoring 20,396 runs with the help of 66 centuries across all three formats.