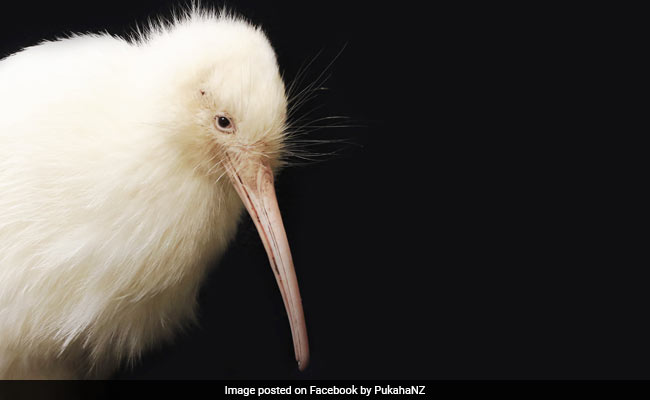 Manukura was hatched at the Pukaha National Wildlife Centre.

An extremely rare, snow-white kiwi bird – the first of its kind to hatch in captivity – has died after undergoing a surgery in New Zealand. The kiwi — named Manukura — died on Sunday, prompting an outpouring of grief on social media and among wildlife conservationists.

Manukura was hatched at the Pukaha National Wildlife Centre in New Zealand’s North Island in 2011. Her striking white plumage – in stark departure from the usual brown feathers of kiwi birds – was the result of an extremely rare genetic trait known as leucism.

“It is with great sadness we announce the loss of our dear friend Manukura,” the Pukaha National Wildlife Centre said in a Facebook post on Monday.

Manukura was taken to Wildbase Hospital in early December after rangers noticed that she was losing weight and not eating properly.

“Wildbase vets operated to remove an infertile egg that had become stuck and unable to be passed naturally. More surgery was then required to remove her oviduct and most of her left ovary. The surgeries went well but were not enough to save the ailing kiwi whose health continued to deteriorate in the weeks following the operation,” the wildlife centre wrote.

“Manukura passed away peacefully at 12.50 PM on 27 December 2020 with rangers and veterinary staff present.”

In a statement, the Pukaha National Wildlife Centre said that Manukura’s arrival in 2011 was “hailed as a huge blessing by Maori and local iwi Rangitane o Wairarapa” tribe.

Tribal elders gave her her name, which means “of chiefly status” in Maori.

White kiwi birds can exist in the wild but are extremely rare, the centre added.

Kiwis are flightless birds endemic to New Zealand. These nocturnal birds are recognised as an icon of the country.