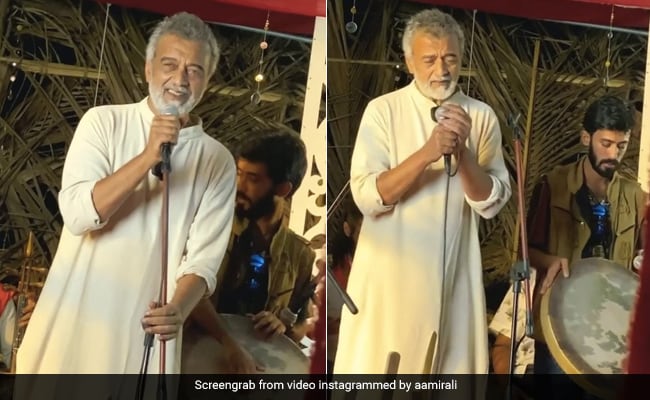 A video of Lucky Ali singing O Sanam is winning hearts on social media and making ’90s children nostalgic. In 1996, Lucky Ali sang his way into millions of hearts with O Sanam, considered to be one of the most successful Indian pop songs ever. The popularity of the iconic song saw a revival in 2020 after the singer’s friend, actor Nafisa Ali, shared a video of him singing O Sanam at an impromptu concert in Goa’s Arambol village. Now, another rendition of the same classic is going viral on the Internet, thanks to television actor Aamir Ali.

Earlier this week, Aamir Ali, who is currently holidaying in Goa, shared an Instagram video of Lucky Ali singing O Sanam with an accompanying band onstage. “Recently met my all times fav @officialluckyali .. no words, just watch n enjoy this amazing song once again,” he wrote while sharing the five-minute clip. Watch it below:

Lucky Ali’s latest rendition of O Sanam has been viewed over 3.3 lakh times on the photo and video sharing platform, collecting hundreds of appreciative comments.

“Great to see him and his soulful voice, still lit. Brings back so many childhood memories,” wrote one person in the comments section.

“Thank you for sharing this. He is just fabulous,” said another.

In November last year, Lucky Ali had treated fans to a video of an unplugged version of O Sanam which had gone massively viral with over 3 million views.

Soon afterwards, a clip of his impromptu Goa concert had also appeared online, thanks to his friend Nafisa Ali.