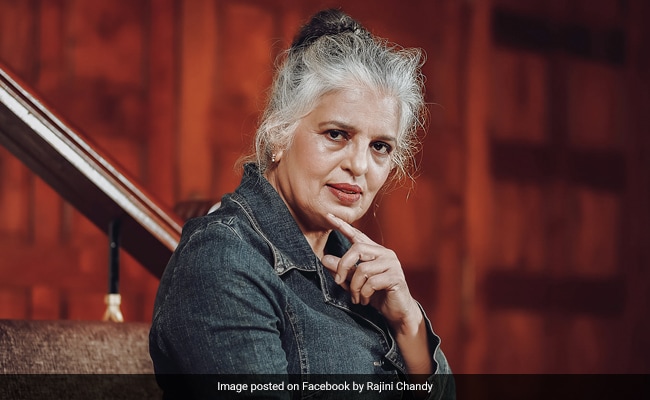 Actress and former Bigg Boss Malayalam contestant Rajini Chandy has addressed the criticism around her recent photoshoots, which a section of the Internet trolled for being “too sexy”. Ms Chandy, 69, took to Facebook last week to share pictures from her glamorous photoshoot which was conceptualised and shot by Kerala-based photographer Athira Joy, reports BBC.

The photographs show Rajini Chandy dressed in a knee-length denim dress, floral maxis and distressed jeans in a marked departure from the sarees she is usually spotted in. In a few of them, she wears a crown of white flowers. While many social media users showered the popular Malayalam actress with compliments, the photographs also attracted vicious trolls.

“I was called a slut. Someone asked me, ‘Haven’t you died yet?’ Another suggested that I ‘sit at home and read the Bible. This is your age to pray, not show off your body’. Yet another person said I was an old auto rickshaw and even if I got a new coat of paint, I’d still be old,” Ms Chandy told BBC.

She said that a lot of the abuse came from women. “I think it’s born out of jealousy – women in their 40s and 50s who don’t take care of themselves cannot deal with an older woman still being able to flaunt her good looks.”

Still, hundreds of netizens also flooded the photoshoots with appreciative comments and praise for Ms Chandy to show their support. “Love your attitude and confidence,” wrote one Facebook user, while another said, “You prove that age is just a number.”

It was photographer Athira Joy who approached Ms Chandy with the idea of a makeover photoshoot. “In December, Athira asked me if I’d be interested in doing a photoshoot and whether I had any inhibitions wearing Western clothes. I said no, I used to wear them all the time when I was younger. I told her I even have a photograph in a swimsuit,” Ms Chandy said.

She never expected the pictures would go viral. In a chat with ETimes-TV, Ms Chandy addressed the trolling she has been subjected to, saying: “I didn’t expect such a reaction. I decided to do the shoot as a motivation for elderly people and prove to them that they still can enjoy their life in the way they want. For that, I don’t know why people are making such negative comments. If you don’t like the pictures, ignore it. What is the need for making such offensive comments?”