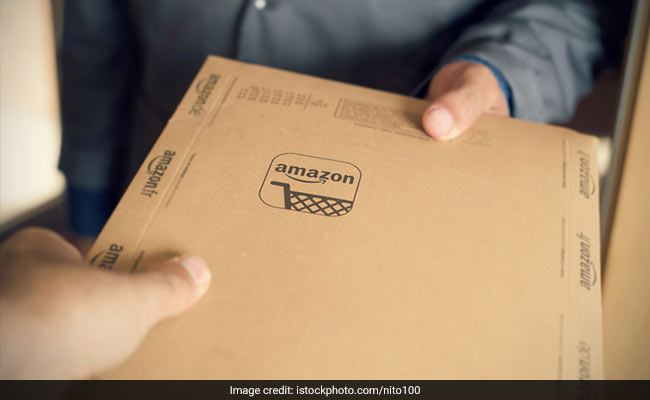 An Amazon customer service representative’s one-word response has amused many.

Twitter users are having a good laugh, thanks to an Amazon employee’s sassy response to a customer trying to track down a misplaced package. Twitter user Lucy Harrison took to the microblogging platform to share the one-word response she received from Amazon customer care service representative Abigail when complaining about a package that apparently got lost in transit.

The exchange between Abigail and Lucy has left thousands of Twitter users amused.

It all started well enough when the Amazon customer service representative got in touch with Lucy Harrison, whose delivery parcel had been misplaced.

To this, Lucy responded by getting straight to the point and writing: “The Amazon app says the package was handed to a receptionist. I don’t have a receptionist I just live in a house lol.”

Abigail surprised her – and several other social media users – by responding with a single word. “Lol,” she wrote – using the popular abbreviation for “laugh out loud”.

The exchange has garnered over 4.8 lakh ‘likes’ and divided opinion on Twitter. While many found it hilarious, others called the Amazon employee “unprofessional” for the reply. Still others sided with Abigail, saying that her “lol” matched the tone of Lucy’s abrupt message.

“This made me laugh,” wrote one commenter. “This is funny,” said another. However, some criticised the customer.

“Have some decency and at least greet the person you are talking to. Then you can expect a less sassy response. Basic social skills,” wrote a Twitter user.

Lucy Harrison later clarified that she “didn’t greet Abigail because her message sent at the same time mine did.”

She seemed to take Amazon’s response in her stride, writing: “I honestly felt her so much though. Half my work emails I look at and just wanna ‘lol’ right back.”

And in case you are wondering what happened to the missing parcel, Lucy revealed that Abigail then proceeded to inform her that it had been left in a bush outside her home. “Abigail proceeded to inform me that I actually do have a receptionist, in the form of a bush out front, so all ended well,” she wrote.