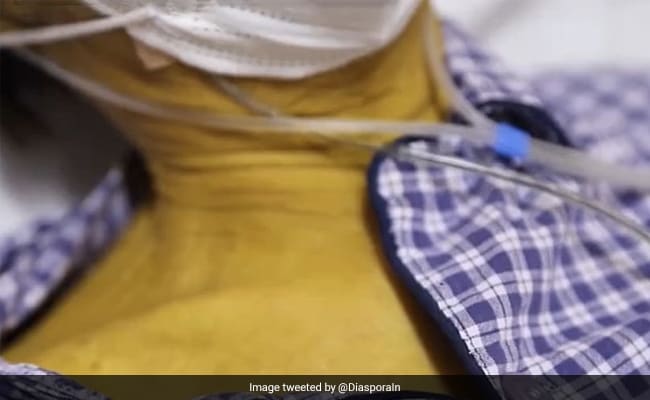 A Chinese man was rushed to the hospital after his skin turned yellow.

Photos that have gone viral on Chinese social media platforms show how a man’s skin turned dark yellow in colour. The 60-year-old man, identified only by the surname Du, had reportedly smoked every day for the last 30 years, reports The Sun.

On January 27, he was rushed to a hospital in the Chinese city of Huai’an when he began to feel unwell and his skin turned a distinct yellow colour. Doctors at the hospital found that Mr Du had jaundice caused by a tumour in his pancreas that was so large it was blocking the bile ducts. This caused a build-up of bilirubin in his body – a yellowish pigment that is made during the normal breakdown of red blood cells.

Doctors said that years of heavy smoking and drinking had contributed to the tumour, reports 7 News.

Jaundice is caused by the build up of bilirubin in the body. It can turn the skin and the whites of the eyes yellow in colour.

Luckily for Mr Du, doctors were able to help restore his normal skin colour by treating his condition,

Mr Du’s tumour was diagnosed as malignant and removed, after which his skin went back to its normal colour. However, he has been asked to give up drinking and smoking to prevent the tumour from returning. Doctors say his ongoing treatment has better chances of success if the patient gives up smoking and drinking, which the 60-year-old says he is determined to do.