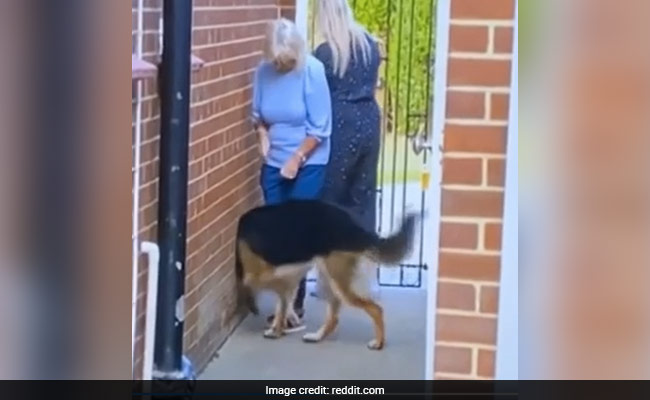 Latest: A Dog Walking Through A Wall And 5 Other Mind-Blowing Optical Illusions

The Internet is a fan of all things mysterious and unexplained, and perhaps that is why a good optical illusion never fails to amaze netizens. Pics and videos that offer strange perspectives on everyday things often go viral online. Optical illusions can use colours, patterns, lines, light and shadows to create images that can trick our brain. Here is a look at some mind-blowing optical illusions that are sure to make you do a double take.

A dog appears to walk through a wall

Shared on the subreddit ‘Optical Illusions’, this video appears to show a dog walking through a wall. Of course, since walls are not permeable, and this isn’t the pillar at platform nine and three quarters from the Harry Potter universe, this is clearly an optical illusion – but a pretty neat one.

What colour are these circles?

A three-color confetti illusion with spheres, which appear to be yellowish, reddish, and purpleish but in fact have exactly the same light-brown base color (RGB 255,188,144). Shrinking the image increases the effect. Original png file is at https://t.co/6r2PMbLMJc. pic.twitter.com/ro1zpVxLm2

The ‘Confetti’ illusion was created by David Novick, a computer and information science engineer. It shows 12 circles with multi-coloured horizontal stripes. “A three-color confetti illusion with spheres, which appear to be yellowish, reddish, and purpleish but in fact have exactly the same light-brown base color,” wrote Mr Novick.

A face on a blank wall

In this optical illusion, you can see a face appear on a blank surface. To do this, stare at the red dot on this photograph of a woman’s face for 30 seconds before looking away. The image has been overlaid with a negative filter, according to The Sun. This tricks your eyes into seeing colours that are not actually there, which means that when you look at a blank surface after staring at the photograph, you should be able to see the woman’s face in colour with brunette hair.

Took me a min from r/opticalillusions

How many people do you see in this image? If your first instinct is to answer “two”, look again – more carefully this time. This optical illusion, shared on Reddit, has garnered a ton of amazed comments, with one person writing: “I was like ‘what the hell is it talking about, the girl isn’t a person?’ and then I came to the comments and realised.”

If we told you that these two blocks are the same shade of grey, would you believe it? The image features two grey blocks – stacked one on top of the other. While the block on top appears to be dark grey, the second one looks lighter. Click here to find out why they appear to be different in colour.

if you can see a beach, ocean sky, rocks and stars then you are an artist, But its not a painting its lower part of the car gate which needs to be repaired. pic.twitter.com/dCMC49PBQS

At first glance, this picture looks like any other picture of a pretty beach on a stormy evening. Look a little closer, however, and you will realise that it shows something quite different.