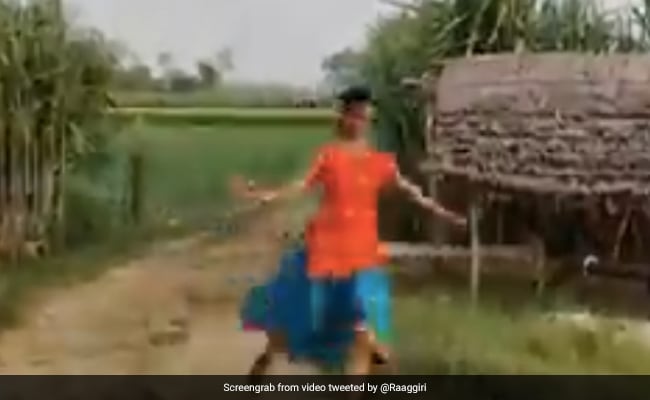 The video posted by Raaggiri has been retweeted over 100 times since it was posted about four hours ago.

Actress Madhuri Dixit today shared a beautiful video of a girl dancing in a village to a song from 1957 film Mother India with her 9.4 million followers on Twitter. “She is dancing so beautifully. There is so much talent waiting to be discovered,” wrote the actor replying to a post that showed the girl dancing to the song “Ghooghat nahin kholoon saiya tore aage”, that features yesteryear actors Rajendra Kumar and Kumkum.

लाजवाब, वाह! She is dancing so beautifully. There is so much talent waiting to be discovered. https://t.co/HZYFwVbj88

The two-minute long video shows the girl dancing in a farmland as older women, who appear to be doing agricultural work, watch curiously.

The video orginally tweeted by Raaggiri – an organisation which promotes classical music – has been retweeted over 100 times since it was posted on the social media platform about four hours ago.

According to its website, Raaggiri works for the development and promotion of all forms of music; all areas of culture and tradition by collaborating with government-public-private organizations. “Our Focus is to establish connect with the weaker, under privileged, scheduled castes, dalits, minority and also with the physically and mentally disabled people through music, thus contributing in their progress, resettlement and recreation,” Raaggiri says in the “what we do” category on its page.

Mother India, released in 1957, was directed by Mehboob Khan and stars Nargis, Sunil Dutt, Rajendra Kumar, and Raaj Kumar. A remake of Khan’s earlier film Aurat (1940), it is the story of a poverty-stricken village woman named Radha (Nargis), who in the absence of her husband, struggles to raise her sons and survive against a cunning money-lender amidst many troubles.