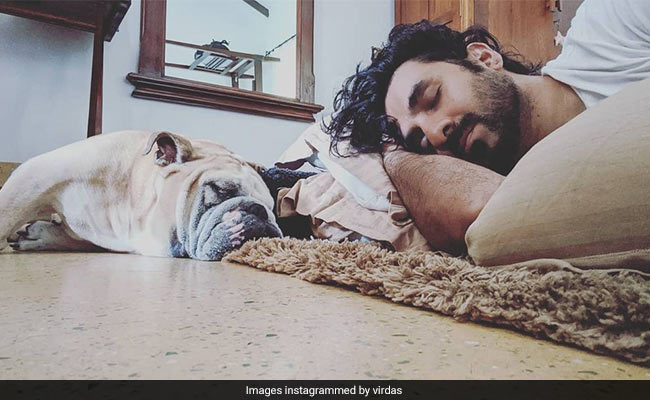 Latest: Vir Das’ Emotional Post After Death Of His Dog

Comedian Vir Das’ pet dog, Dr Watson, died on Monday night in Goa. The 41-year-old shared the sad news in an Instagram post this morning, writing that he could not be with Dr Watson in his final moments and that the loss had left him heartbroken.

“I was not there for his final moments,” he said, revealing that he is currently in quarantine in London. His wife, Shivani Mathur, was with their beloved bulldog till the end.

Dr Watson, who died at the age of 11, made frequent appearances on Vir Das’ Instagram. Vir Das had shared a picture of the dog sleeping peacefully only a week ago.

The comedian said that he was “thankful for so much” even though his “heart is entirely broken.”

“I am thankful for so much… for a global pandemic which gave me a year to spend every waking moment with him,” he wrote. “For the fact that he didn’t suffer. For 11 wonderful years filled with more joy than anyone can imagine.”

In his heartfelt note, Vir Das also revealed that he would write “BWD” on his wrist before every show. The acronym stood for “Be Watson’s Dad” and served to remind him to be humble, caring and to show love.

Vir Das ended his note by thanking Dr Watson for teaching him, grounding him, loving him and sitting by him in his darkest moments.

“No matter where I go and what I do, the greatest privilege I’ve ever had was being your dad,” he concluded. “See you on the other side. I love you so much my son.”

Vir Das has received hundreds of condolence messages on Instagram after sharing the heartfelt note.