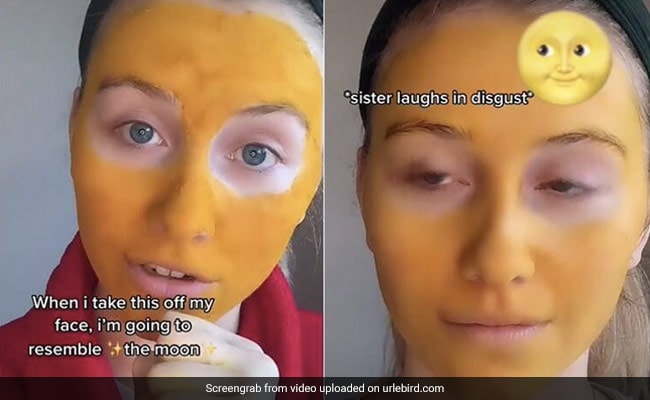 Lauren Rennie was left with a yellowish hue on her face after applying a turmeric mask.

A woman who applied a turmeric mask to her face ended up regretting the decision when it turned her skin yellow for days. Scottish TikTok user Lauren Rennie opted to use a homemade turmeric or haldi face mask when she noticed her skin breaking out, according to Ladbible. However, instead of the golden glow she wanted, the face mask ended up giving her skin a strange yellow pallor.

“I’d been breaking out all over my face, but mainly across my lip line, and I really don’t want to squeeze them as it’s so so sore,” she told her 17,000 followers on the video-sharing platform, which has been banned in India.

After researching online, Lauren came across the recipe of a DIY face mask she could make using ingredients in her kitchen. She whipped up the face mask and applied a generous amount to her face, but was shocked to notice her hands turning yellow.

“But the thing is I’ve just applied it to my face and my entire hand has turned yellow,” she said while showing her hand to the camera, according to The Sun. “When I take this off I’m going to resemble the moon.”

Lauren washed off her face but the yellowish hue remained. She added that she was meant to go shopping with her father and would use makeup to cover up the yellow colour.

Her video has been viewed more than a million times on TikTok, where many were left amused by the beauty blunder.

“When people say they want their skin to glow I don’t think this is what they’re after. Thank you for the chuckles,” wrote one person.

“That is one of the best natural dyes… I’m surprised it came off at all!” said another.