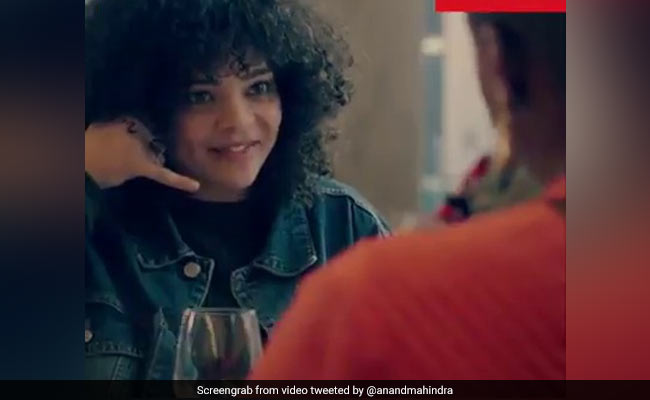 Anand Mahindra’s latest Twitter video – a clip from British television series Years and Years – has sparked an interesting discussion around the possibilities, perks and potential repercussions of future technology. Years and Years is a time-hopping television series that has invited comparisons with Black Mirror for its depictions of future technology.

In one episode of the series, a character gets a phone implanted in her hand so she can make and receive calls by simply bringing her hand to her ear. In the clip extracted from that episode which was shared by Anand Mahindra, the character was shown demonstrating to a friend how a microchip turned her hand into a phone. Whether that sounds like a horror story or an intriguing possibility of the future depends on your age and outlook, wrote Mr Mahindra.

The Chairman of Mahindra Group shared the clip from the TV show on Twitter this morning and wrote: “Depending on your age & outlook, this clip is either an uplifting sci-fi story or a horror movie.”

“When your hand becomes the phone, what does your brain become??” he asked.

Depending on your age & outlook, this clip is either an uplifting sci-fi story or a horror movie.
When your hand becomes the phone, what does your brain become?? pic.twitter.com/YOf9W4Z3b6

The video has collected nearly 25,000 views and 600 ‘likes’ on the microblogging platform. In the comments section, people debated the pros and cons of cutting edge technology.

Can’t believe this !! Do we really need so much technology/science in life!!? I guess we Human loosing our innocence n organic nature… Confused ????

I am horrified………we will further get impacted by the technology. As it is kids have stopped talking to family members unless on a phone, what more do we want to do. Then why are we worried about cancer and similar incurable diseases. Phew!!

Future’s here, whether you want it or not, you have brought it here. https://t.co/bkAa5fRyaf

We have seen lots of impossible to come into possible in this world. Interesting to see.

Anand Mahindra is an active Twitter user with a following of over 8 million on the microblogging platform, where he regularly shares interesting videos and informative tidbits. Earlier this month, he had shared a photograph of a man bowing before a Mumbai local train.