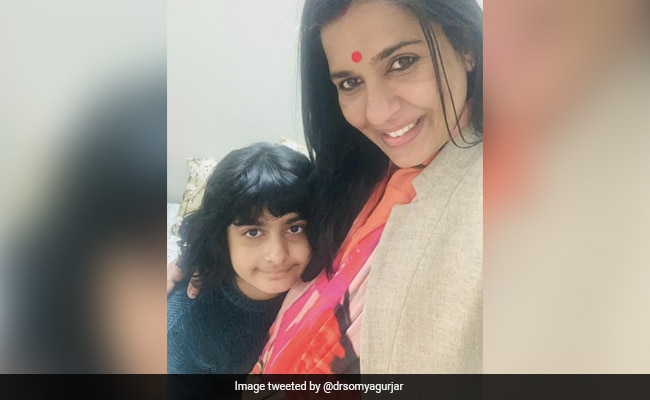 Latest: Jaipur Mayor Who Worked Till A Few Hours Before Delivering Her Baby

A photo shared by Dr Somya Gurjar on Twitter.

After working late into the night, Jaipur Nagar Nigam (Greater) Mayor Dr Somya Gurjar delivered a baby boy in the early hours of Thursday morning. Dr Gurjar worked till a few hours before her delivery and was admitted to a hospital when her labour began at around 12.30 AM on Thursday. Many on social media commended her dedication to her job while congratulating her on the birth of her baby boy.

In a tweet shared on Thursday, the mayor revealed that she was attending a meeting at the Nagar Nigam office late into the night on Wednesday.

“Work is Worship!” Dr Gurjar wrote, before adding, in Hindi, that she was admitted to Cocoon Hospital when labour pains began. She gave birth to a baby boy at 5.14 AM.

“Both me and the baby are healthy,” Dr Gurjar said in her tweet.

Her post has received over 10,000 ‘likes’ and hundreds of comments on the microblogging platform.

Several Twitter users thanked Dr Somya Gurjar for putting public service before self, while others flooded the comments section with congratulatory messages.

According to a report published in Hindi newspaper Patrika, Dr Gurjar worked till 9 PM on Wednesday night before leaving for home. After delivering a healthy baby boy at 5.14 AM, she broke the news on Twitter at 7.40 AM.