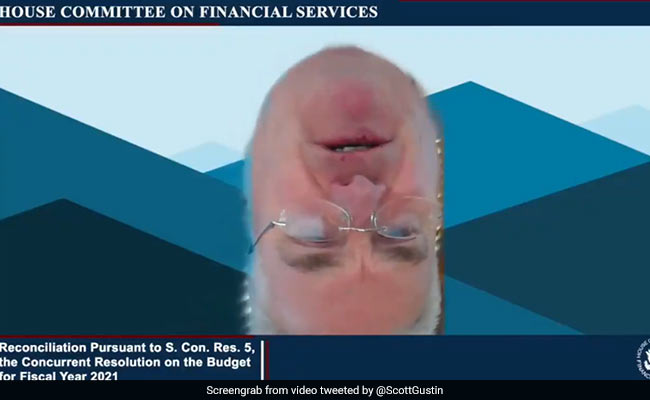 A US Republican congressman drew laughter from colleagues when he floated into a Zoom meeting upside down. Representative Tom Emmer found himself unable to turn off a Zoom filter that made him appear upside down when he logged in remotely to a House financial services committee meeting on Wednesday, according to Huffington Post.

Mr Emmer, the chair of the National Republican Congressional Committee, did not immediately seem to understand that he appeared upside down to his colleagues – he began talking as if nothing was wrong.

He was speaking about job security when chairwoman Maxine Waters interrupted to ask “Will the gentleman suspend? I’m sorry … Mr Emmer? Are you OK?”

Another colleague interjected to inform him that he was floating upside down.

“You’re Upside Down, Tom,” he was heard saying, to which Mr Emmer responded, “I don’t know how to fix that.”

Several other congressmen chimed in as other laughed, with one suggesting that Mr Emmer stand on his head and another saying “at least you’re not a cat” – referring to the massively viral Zoom call in which a Texas attorney appeared with a cat filter on earlier this week.

During a House Financial Services call,
Congressman Tom Emmer had some trouble today.

According to CNN, the issue was resolved soon after when Mr Emmer managed to turn off the filter and appeared right side up, although not before a colleague was heard telling him that he would go viral.

The prediction came true – footage of the Zoom blunder has amused thousands of viewers on social media.

The new standard of Zoom screw ups – at least you are not a cat! 🤣🤣🤣

In the realm of funny Internet videos, Zoom blunders have become a category in themselves, thanks to the rise of video calls and online meetings since the beginning of the coronavirus pandemic. Last year, a man accidentally appeared naked during a Zoom conference call with the President of Brazil.