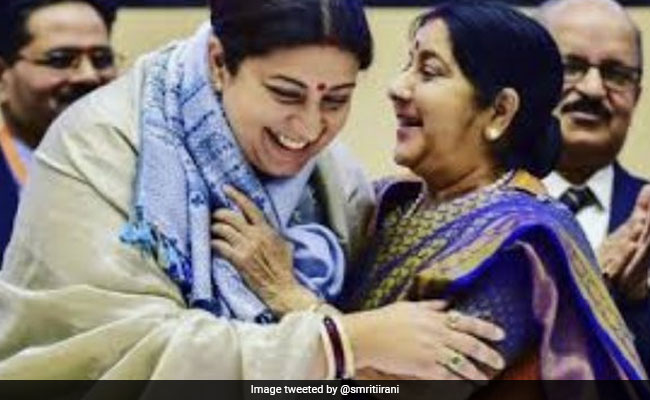 “Breaking into peals of laughter when I said .. birthday nahi Valentine wish karne ke liye phone kiya (not birthday, I have called to wish you Valentine’s). Joyous in her response, she would make a promise to catch up over a meal or a cup of tea (sic),” reminisced Ms Irani while sharing a picture of herself with the late politician, both laughing and hugging each other.

The much loved former Foreign Minister died at the age of 67 on August 6, 2019

Ms Irani also recalled how Ms Swaraj had celebrated her Amethi win. “The victory lunch of Amethi was so planned that she took care to book a table at her favourite restaurant herself, sent a saree for me to wear that day (sic).” She ended the post in an emotional note, “A table, a meal we could partake in no more.. Happy birthday Di. Till we break bread together again.”

Sushma Swaraj was known for her quick response to calls for help from Indians stranded abroad.

In another note on Twitter, Smriti Irani paid homage to Ms Swaraj and wrote, “Her laughter reverberates through time, her gentle nudge to get back on your feet every time you feel you can fight back no more…for me she is and shall always be just around the corner watching…a blessing called (sic).”

The late Union Minister, who brought a humane approach to India’s diplomacy as Foreign Minister, was one of the most followed foreign ministers on Twitter globally.