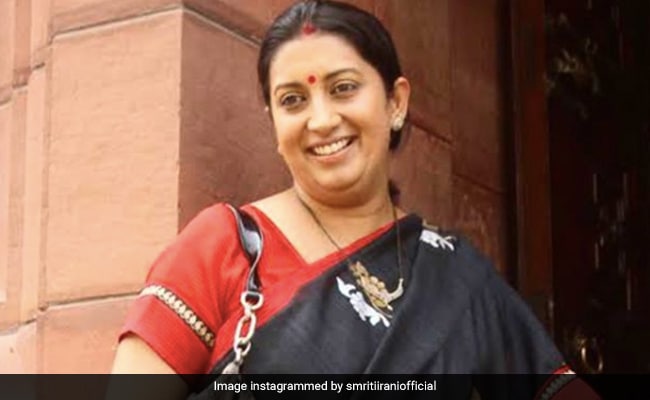 Latest: Why Smriti Irani Prefers “Desi Tommy” Over #Pawri, Thanks To Shehnaaz Gill

Union Minister Smriti Irani is late to the “pawri” – but only because she likes the “desi Tommy” craze more. Over the last few days, a video of a Pakistani influencer ‘partying’ with her friends has taken the Internet by storm, spawning dozens of remixes, hundreds of copycat videos and thousands of memes. Dananeer Mobeen shared a video where she was seen pointing first to her car and then to her friends before explaining to viewers that the group was partying. “Yeh humari car hai, yeh hum hain, aur yeh humari pawri ho rahi hai (This is our car, this is us and this is our party going on)” she says in the short clip which has exploded online.

Her video – and especially her pronunciation of the word “party” as “pawri” – sparked a huge buzz on social media and set #PawriHoRahiHai trending for days. The popularity of the video in India was thanks in part due to music composer Yashraj Mukhate – whose viral remixes garner millions of views each.

Yashraj Mukhate created a catchy mashup using Dananeer’s now-famous dialogue which has been viewed 4.3 million times on Instagram alone. But while the remix found several fans, Ms Irani revealed that she prefers one of his earlier creations.

“When you prefer desi Tommy over #Pawri,” Ms Irani wrote while sharing the clip. “I know I am late to the #Pawri but der aaye durust aaye,” she added – which roughly translates to better late than never. Ms Irani concluded her caption by asking her followers to forget the party and think about Shehnaaz Gill’s feelings instead.

Her video has been viewed over 40,000 times within an hour of being shared on Instagram.

“You are the coolest minister in India ever,” wrote one person in the comments section.

“Shehnaaz Gill brings a smile on anyone’s face.. she is outstanding,” said another.

Smriti Irani is an active Instagram user whose posts range from family photos and thoughtful throwback pics to viral trends and funny memes. On Sunday, she had shared a post remembering former Union Minister and BJP veteran Sushma Swaraj on her 69th birth anniversary.