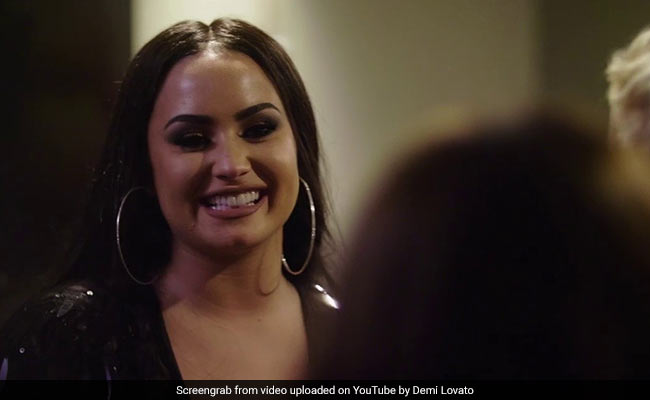 Latest: Demi Lovato Says She Had 3 Strokes, Heart Attack After Near-Fatal Overdose In 2018

Demi Lovato was 25 when she was hospitalised after overdosing at her home in Los Angeles.

American pop star Demi Lovato says her 2018 overdose led to three strokes and a heart attack. The 28-year-old opened up about her near-fatal overdose for the first time in her new YouTube documentary series, Dancing With The Devil.

“I had three strokes,” Demi Lovato said in a trailer of the docuseries. “I had a heart attack. My doctors said that I had five to 10 more minutes.”

The trailer, released on Wednesday, gives a glimpse into the events that led to and the aftermath of the singer’s overdose in July 2018. Demi Lovato was hospitalised after overdosing at her home in Los Angeles. She revealed that she suffered three strokes and a heart attack while in hospital.

The trailer shows a clip of Ms Lovato as a child actress on ‘Barney & Friends’ along with other throwback videos, a recording of the 911 call that was placed after her overdose and interviews from Demi Lovato’s friends and family and the singer herself.

Demi Lovato was 25 when she was hospitalised after being found unconscious at her Hollywood Hills home.

According to People Magazine, Ms Lovato spoke more about the effects of the overdose and the health issues that followed during Wednesday’s Television Critics Association panel.

“I was left with brain damage, and I still deal with the effects of that today. I don’t drive a car, because I have blind spots on my vision,” she told reporters. “And I also for a long time had a really hard time reading. It was a big deal when I was able to read out of a book, which was like two months later because my vision was so blurry.”