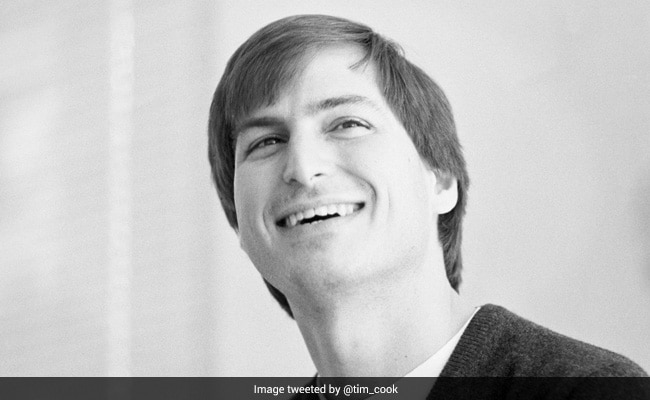 Steve Jobs died in 2011 following a long battle with cancer.

On the birth anniversary of Steve Jobs, Mr Cook said that the legacy of his former boss continued to inspire him every day. “Especially in a year where so much kept us apart, technology brought us together in limitless ways,” he wrote, calling it a testament to Steve Jobs’s life and the legacy he left behind.

Celebrating Steve on what would have been his 66th birthday. Especially in a year where so much kept us apart, technology brought us together in limitless ways. That’s a testament to Steve’s life and the legacy he left, which continue to inspire me every day. pic.twitter.com/4nluynVjFF

Tim Cook took over as the chief executive of Apple a few weeks before Steve Jobs died in October 2011 at the age of 56. His tribute to Mr Jobs garnered several messages from people remembering the man who helped transform Apple into one of the world’s biggest tech companies.

Thank you SJ! You were the spark that created the flame in so many of us that burn bright with a love for tech! Happy 66th Birthday. https://t.co/Q47WQHy5UB

Tim Cook has often remembered Steve Jobs in his posts and speeches. He had remembered the American businessman on his death anniversary with a quote from Maya Angelou last year.

“A great soul never dies. It brings us together again and again.” — Maya Angelou. You’re always with us Steve, your memory connects and inspires us every day. pic.twitter.com/X85bjObkPK

According to 9to5Mac, Tim Cook also spoke of Steve Jobs when he delivered the commencement address at Stanford University last year.

“Fourteen years ago, Steve stood on this stage and told your predecessors, ‘your time is limited, so don’t waste it living someone else’s life’,” he said. “Here’s my corollary: Your mentors may leave you prepared, but they can’t leave you ready.

“When Steve got sick, I had hardwired my thinking to believe that he would get better. I not only thought he would hold on, I was convinced down to my core that he’d still be guiding Apple long after I myself was gone.”