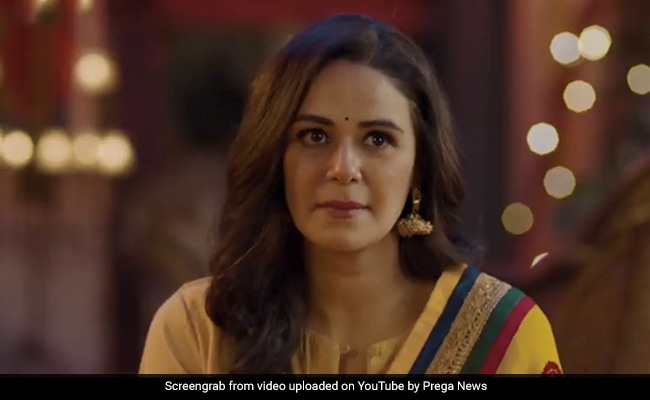 This Mona Singh ad highlights the issue of infertility among urban couples.

An ad film by pregnancy test kit brand Prega News has gone viral on social media, crossing a million views on YouTube and earning praise for the message it delivers. Ahead of International Women’s Day, which is observed annually on March 8, Prega News released a short ad film highlighting the issue of infertility and how it affects the mental health of women. “When it comes to issues of infertility, couples across the nation keep suffering in silence,” Prega News wrote while releasing the ad film on Instagram. “This Women’s Day, Prega News urges you to break barriers and speak up about infertility – let’s look beyond reproduction when we look at a woman because she is complete in herself.”

The ad stars actress Mona Singh as the elder daughter-in-law who is unable to conceive. She is shown to be happy for her sister-in-law, who is expecting a baby – but viewers are given a glimpse of the unhappiness she harbors inside. Things take an emotional turn after a family member asks her a well-meaning question, and the ending might just make you teary-eyed too.

Many social media users praised the message behind the ad which urged society to look beyond reproduction when viewing women.

“I came across this video through promotion ad and I swear it was the best thing I watched today. I love this. I ain’t crying,” wrote one viewer.

“I had teary eyes watching this ad.. superb work,” another said.