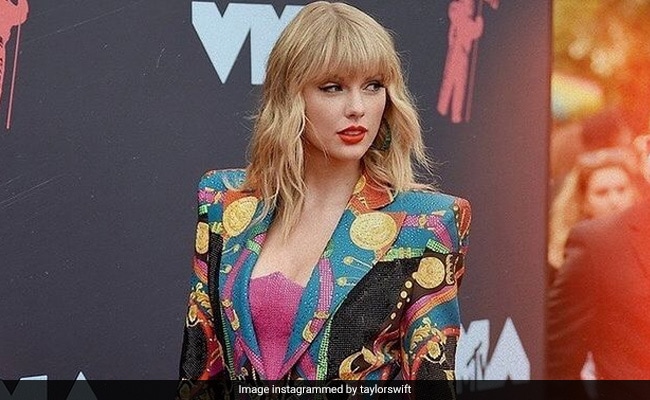 Taylor Swift has slammed a Netflix show for including a “sexist” joke.

Taylor Swift has slammed a Netflix show for degrading women by featuring a joke she deemed “lazy” and “deeply sexist”. The American pop star tweeted on Monday to criticise a joke which was included in the season finale of the Netflix show Ginny & Georgia. According to BBC, in one scene from the show, the character of Ginny Miller asks her mother, “What do you care? You go through men faster than Taylor Swift.”

Taylor Swift, who has endured extensive media scrutiny over her dating history, shared a close caption of the dialogue along with a tweet slamming it as sexist.

“Hey Ginny & Georgia, 2010 called and it wants its lazy, deeply sexist joke back,” the singer-songwriter wrote. “How about we stop degrading hard working women by defining this horse s**t as FuNnY”.

She took a final dig at the streaming service with whom she partnered on her Miss Americana documentary last year, writing: “Also, @netflix after Miss Americana this outfit doesn’t look cute on you. Happy Women’s History Month I guess.”

Hey Ginny & Georgia, 2010 called and it wants its lazy, deeply sexist joke back. How about we stop degrading hard working women by defining this horse shit as FuNnY. Also, @netflix after Miss Americana this outfit doesn’t look cute on you 💔 Happy Women’s History Month I guess pic.twitter.com/2X0jEOXIWp

Netflix has not yet commented on the tweet, but Twitter users had a lot to say about it.

Some shared examples of other popular shows that managed to include inoffensive Taylor Swift jokes. The long list included examples from Brooklyn Nine-Nine, The Vampire Diaries, The Big Bang Theory and more.

hi @netflix this is something funny, just in case… seems like you need it pic.twitter.com/ybQbNOagx1

THESE SHOWS REMAINS SUPERIOR 🤍 AND ALSO GREY’S ANATOMY OMG TAYLOR I STARTED WATCHING IT BC OF U AND NOW IM ADDICTED pic.twitter.com/5oG6GjtY7C

Taylor Swift’s love life has long been in the public eye. The 31-year-old has been linked to several celebrities, but has been in a relationship with British actor Joe Alwyn for several years now. According to the Oprah Magazine, the two were first spotted together in 2017, at a time when Taylor Swift was facing a difficult period of media scrutiny.