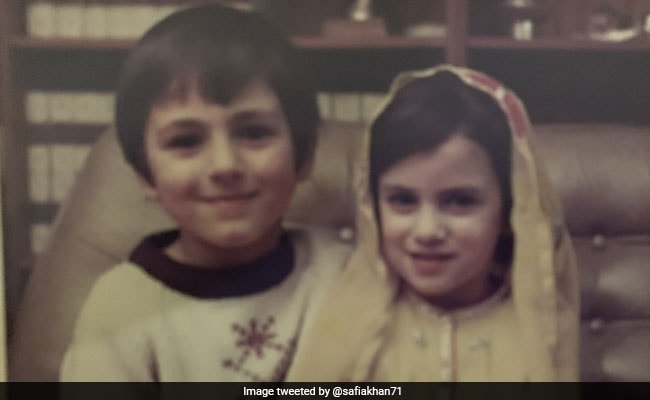 Latest: Can You Guess Who The Politician In This Throwback Pic Is?

Safia Abdullah Khan took a trip down memory lane today to wish her elder brother, National Conference leader Omar Abdullah, on his birthday. On Omar Abdullah’s 51st birthday, she posted a throwback picture which shows the two siblings side by side, smiling for the camera. The photograph was taken when they lived in England, Safia Abdullah Khan revealed in the comments section.

Ms Khan shared the old pic on Twitter along with a birthday wish for her “big brother” and “childhood sparring partner” – and received an amused response from him.

Mr Abdullah, in turn, responded by saying: “‘Childhood sparring partner’. I’m not sure mum would be quite so kind with her description,” and added a laughing face emoji to his tweet.

“Childhood sparring partner”. I’m not sure mum would be quite so kind with her description ????

The photograph has collected over 2,000 ‘likes’ on the microblogging platform. While many wished the politician on his birthday or complimented the pic, some shared more pics of Omar Abdullah.

Omar Abdullah was born on March 10, 1970, in the UK. He is the son of National Conference president Farooq Abdullah and his wife Molly, a nurse of British origin. The couple also has three daughters – Safia, Hinna, and Sara.