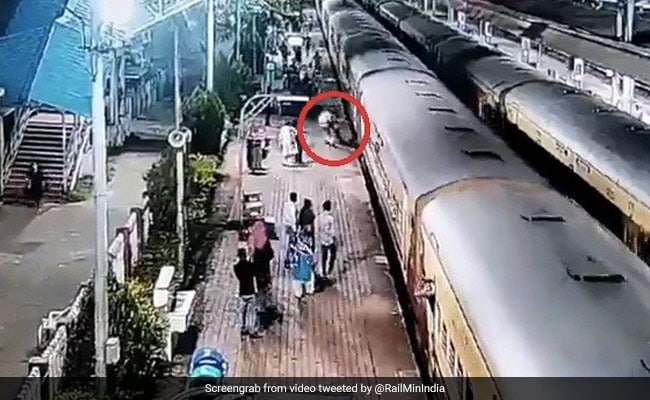 An RPF cop in Goa saved a man who slipped while trying to board a moving train.

The passenger would most likely have met with severe injuries in the accident, if not for the timely action of Head Constable KM Patil, who immediately jumped into action to save his life.

A video released by the Ministry of Railways shows the alert RPF cop running to the passenger and dragging him away from the platform gap in the nick of time.

“At Vasco station, a passenger tried to board the moving train 02741 Vasco-Patna Express & slipped into the gap between platform and train,” wrote the Ministry of Railways while sharing the footage on Twitter.

At Vasco station,a passenger tried to board the moving train 02741 Vasco-Patna express &slipped into the gap between Platform and train

Passengers are requested not to board/deboard a moving train. It may risk your life. pic.twitter.com/zkIva0rAkJ

The video has racked up over 14,000 views and a ton of reactions, most of them from viewers who praised the cop for his presence of mind and life-saving deed.

“Brave RPF officer,” wrote one person in the comments section.

“Thanks for saving a life,” another wrote.

In February, an RPF personnel saved the life of a differently-abled man by preventing him from falling under a moving train at a railway station in Maharashtra’s Panvel.