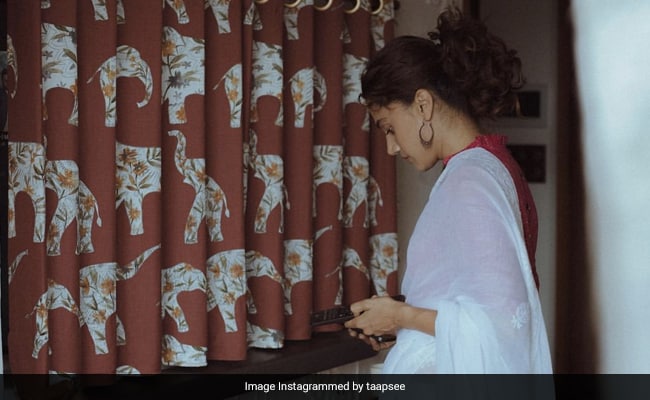 Latest: #PannuPind Is Ready For Housewarming: Inside Taapsee’s New Apartment

Taapsee Pannu gave fans a glimpse of her newly-renovated apartment on Instagram this Thursday. The actress, who has a string of releases lined up for 2021, took her fans inside the redecorated apartment with two photographs that show a space done up in warm tones of red and orange, replete with Indian motifs and charming vintage touches. The pics have racked up tens of thousands of ‘likes’ on the photo and video sharing platform.

In her first Instagram post, Taapsee Pannu announced that #PannuPind is ready for housewarming. She revealed that it was an “ordeal” to get the apartment ready amid all the challenges of 2020 – the year of the coronavirus.

“It’s been an ordeal to get this apartment ready through the challenging 2020. Finally #PannuPind is ready for house warming,” the Thappad actress wrote.

In the second post, Taapsee revealed that it was her sister Shagun — whom she referred to as her “in-house interior decor specialist” — who mixed old school with new technology in redecorating the house. Her picture shows a wall-mounted OnePlus television set that can be hidden from view with a set of curtains. “That ‘chota parda’ with a parda of its own is that vintage thrill we wanted to have,” wrote Taapsee Pannu.

The posts have been flooded with comments from friends congratulating her on the new house.

Taapsee Pannu was recently raided by the Income Tax department. “I can’t hide anything,” Ms Pannu, 33, told NDTV. She also added that she appreciated Finance Minister Nirmala Sitharaman’s tweet on the raids that said it was just procedure.