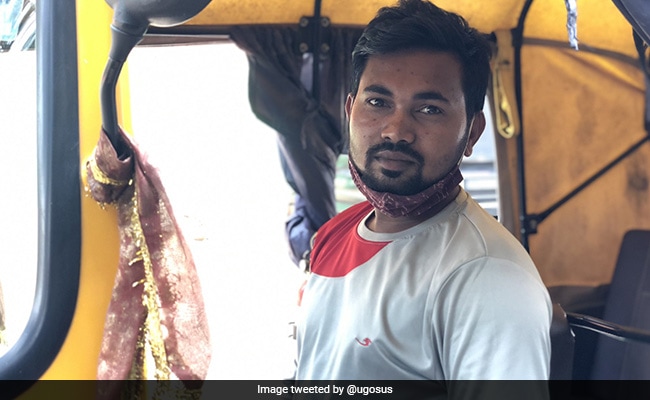 Jagannatha Patra returned a phone and wallet that a customer left behind in his auto.

An autorickshaw driver from Odisha has earned social media’s admiration for returning a phone and a wallet that a customer left behind in his vehicle. Jagannatha Patra is an auto driver for ride aggregator service Ola in the city of Bhubaneswar, whose honesty has won hearts on the Internet. His story was shared on Twitter by Susanta Sahoo, whose phone and wallet he returned. Taking to Twitter on Saturday, Mr Sahoo explained that he booked a ride in Mr Patra’s autorickshaw but left his phone and wallet behind while getting out in a hurry.

Tweeting his appreciation for Jagannatha Patra, Mr Sahoo said that not only did the auto driver return his wallet and phone, he also refused to accept a cash reward.

“Hey @Olacabs, just wanted to let you know about Jagannatha Patra, an amazing guy & my Ola auto driver( #Bhubaneswar) who returned my phone & wallet after I left them behind in a hurry after my ride,” Mr Sahoo wrote on Twitter. “Politely refused when I offered him cash rewards as a return favour.”

Alongside his tweet, he also shared a picture of the auto driver.

Hey @Olacabs, just wanted to let you know about Jagannatha Patra, an amazing guy & my Ola auto driver( #Bhubaneswar) who returned my phone & wallet after I left them behind in a hurry after my ride. Politely refused when I offered him cash rewards as a return favour.???? pic.twitter.com/hlHRAaQTSQ

The tweet has gone viral with over 5,000 ‘likes’ on the microblogging platform. Many Twitter users praised Mr Patra for his honesty, while others called on Ola to reward him.

@Olacabs must encourage drivers like Jagannath Patra so that every ola drivers will follow him. Thank you Jagannath Babu.

Feeling proud if you, Mr Jagannath. @Olacabs should notice it, appreciate it, felicitate him , reward him so that others can be motivated. Mr. Jagannath should also be Recognised by the District Administration.

Ola Cabs also took note of the incident and requested Mr Sahoo to share his booking ID so they could forward the positive feedback to the driver.

Hi, thanks for the positive feedback for the driver partner. Please share the booking id so that we can forward the appreciation to the relevant team.

In an update shared yesterday, Mr Sahoo said that he had spoken to Mr Patra, who was “excited” about the appreciation he has received on social media. “Also, he requested me to profusely thank everyone who have rewarded him financially!” he wrote.

Last month, the Internet came together to help an auto driver in Mumbai whose heartbreaking story had touched thousands of hearts.