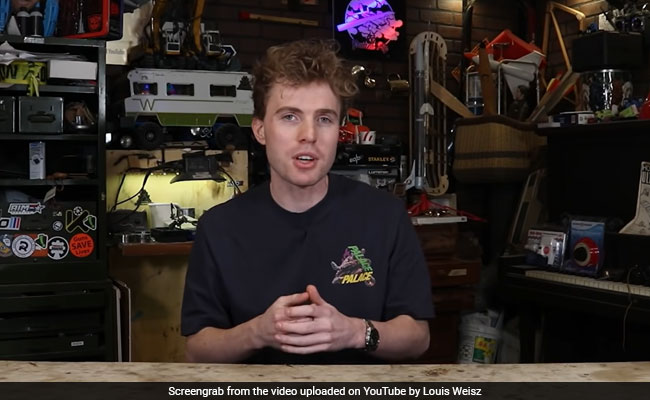 Latest: He Cooked A Chicken By Slapping It. For Real

YouTuber Louis Weisz has managed to cook chicken by slapping it.

In February 2019, somebody asked a question in the ‘No Stupid Questions’ subreddit: “If kinetic energy is converted into thermal energy, how hard do I have to slap a chicken to cook it?” The strange query sparked off a quest for answers that has captured social media’s attention for two years, inspiring several attempts to cook meat by slapping it. According to IFL Science, Parker Ormonde, a physics major, did the calculations and concluded that “it would take 23,034 average slaps to cook a chicken.”

A ridiculous number of slaps, as many who tried and failed to cook chicken using this method said.

Then came Louis Weisz, a YouTuber known for his whacky experiments. Mr Weisz, who has nearly 4 lakh YouTube subscribers, decided to try his hand at cooking chicken in this unconventional way in December last year. “After two years without a satisfying answer, I decided to finish this thing once and for all,” he wrote, sharing a video in which he unveiled a chicken slapper machine that did manage to raise the temperature of the chicken. However, the YouTuber concluded that trying to raise the temperature beyond a certain point by slapping it would reduce it to pulp.

His experiment went massively viral, racking up more than 8 million views on YouTube.

Now, Mr Weisz is back – and this time, he has managed to cook chicken by slapping it. The YouTuber shared a video three days ago titled “I Cooked a Chicken by Slapping It”.

He said it ” took two full months of work” to cook a medium-rare steak in an experiment he termed a “resounding success”.

Since being posted three days ago, the video has gone viral with over 3.7 million views and more than 13,000 comments.

Some commenters termed the meat-slapping invention an “engineering masterpiece”, while others said that Louis Weisz deserved his own Netflix show.

“Imagine being in history class in like 50 years from now and you have to do a research paper about the first chicken that was slapped to perfection,” wrote one person.

“Ok this is pretty epic but I have a simple question for you… WHY?” another asked.