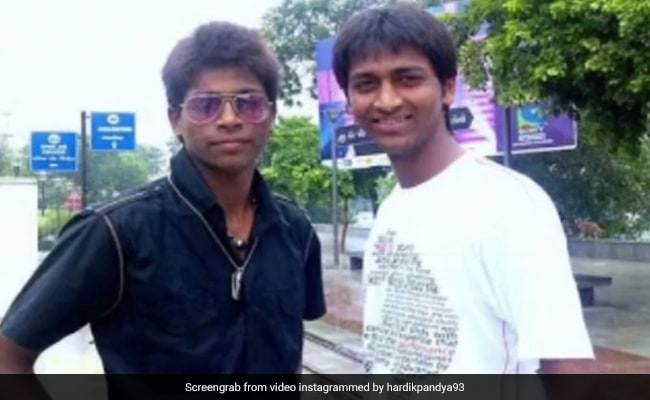 A throwback picture of Hardik and Krunal Pandya.

Hardik Pandya’s birthday wish for his brother and India teammate Krunal came in the form of a video that might just leave you misty-eyed. The birthday video was posted this morning, only a day after Krunal Pandya broke down after getting his first ODI half-century. Krunal scored 58 not out off 31 balls in the first ODI against England in Pune as India won by 66 runs. He dedicated his half-century to his late father.

After the match, Hardik Pandya also wrote a moving post for his brother. “Papa would be proud. He’s smiling down on you bhai and sent an early birthday gift for you,” he wrote, sharing a picture which shows them hugging.

Fans were delighted this morning as Hardik celebrated Krunal’s birthday by sharing a series of clips and old photographs, set to the tune of Kishore Kumar’s Tere Jaisa Yaar Kahan.

“We’re on this journey together bhai right from the start,” wrote Hardik Pandya. “The highs, the lows, I’m lucky to have you by my side. Happy birthday big bro.”

The birthday video has racked up more than half a million ‘likes’ and hundreds of comments.

Krunal and Hardik had lost their father Himanshu Pandya in January this year.

Krunal broke down during an interview at innings break after his 112-run partnership with KL Rahul yesterday. Hardik was also seen breaking into tears after Krunal got to his fifty towards the end of the Indian innings.