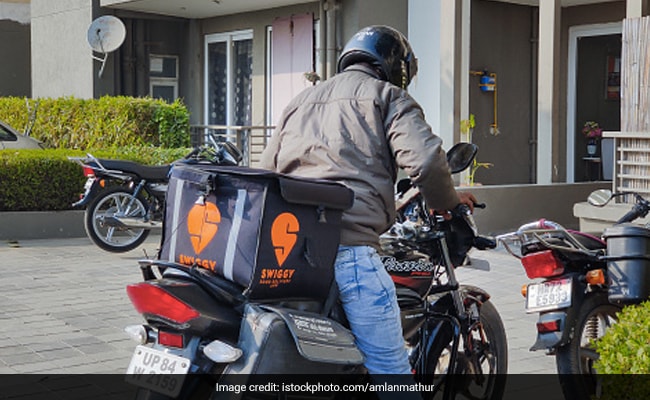 Swiggy delivery partners came to the aid of a group that met with an accident. (Representative Image)

The driver who hit them fled the scene of the accident even as the occupants of Ms Rana’s car were left injured in the middle of the road. “The only thing I could take was the car number,” she wrote. “In this panic, a guy came and took my friend on his bike to follow the car.”

“Meanwhile, we were in the middle of road with bruises and a broken car.”

In her LinkedIn post, Ms Rana said that four to five Swiggy delivery guys came to their aid. They helped her park the car and offered her a phone to call emergency services as her own phone had broken during the accident.

Meanwhile, Ms Rana’s friend had no success in tracking down the driver who hit them and returned after an unsuccessful chase. But just as they were preparing to leave, the delivery men informed her that their fellow delivery guys had managed to catch the driver near Vaishali, about five kilometres away.

Prashansa Rana, along with her friends and the delivery guys, reached Vaishali, where they were met with an “overwhelming” sight. “There were 30 to 35 Swiggy delivery boys not allowing that car and driver to move,” she recounted in her post, adding that because of the delivery guys, she was able to recover damage costs from the driver.

When she thanked the delivery guys for their help, they only told her to pay it forward.

“This generosity needs no education, no degree and no highly paid jobs but ethics, morality, humanity and kindness,” wrote Ms Rana. “@swiggy delivery guys, you guys are real heroes! take my bow!”

The post has racked up thousands of ‘likes’ and comments praising the delivery partners.

“Sorry to hear that you met with the accident. But this post about Swiggy delivery guys and the help they did really made my day. They are the real heroes,” wrote one person.

Others called on Swiggy to reward the partners involved in the incident.

“I believe these delivery boys working at Swiggy are really hard working people and I have seen multiple occasions where they have helped people. This represent their nature and not necessarily company’s. But company can do their bit by recognising them/ rewarding them,” a LinkedIn user wrote.