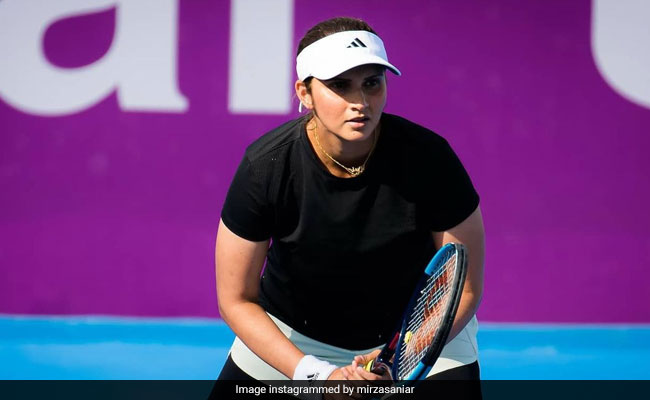 Latest: Sania Mirza On The Things She Heard Growing Up As A Girl Who Played Sports

Sania Mirza returned to the court after the birth of her son.

While Sania Mirza is today recognised as one of India’s top sportswomen, one who has brought laurels to the country, she had to contend with sexist remarks and pointed digs while growing up as a girl who chose to play a sport. The tennis star opened up about the comments she faced in a video titled ‘Things you grow up hearing as a girl who decides to play a sport’.

Sania Mirza, 34, began playing tennis at the age of six. Growing up in Hyderabad, she was trained by her father Imran Mirza.

In her video, she used text captions to list out the questions she heard growing up. These included “If you become so dark who will marry you?”, “How will you go for tournaments when you have to run a family?” and “Your sporting career ends as soon as you become a mother.”

Not saying a single word in the video, Sania lets her expressions do the talking. Watch:

Since being posted yesterday, the Instagram Reels video has racked up over 5 lakh views and hundreds of comments.

While she may have been told that her career would end after becoming a mother, Sania Mirza has proven the haters wrong. In 2019, she returned to the court for the first time after the birth of her son, Izhaan.

Along with Ankita Raina, she will lead India in the next month’s Billie Jean King Cup World Group Playoffs