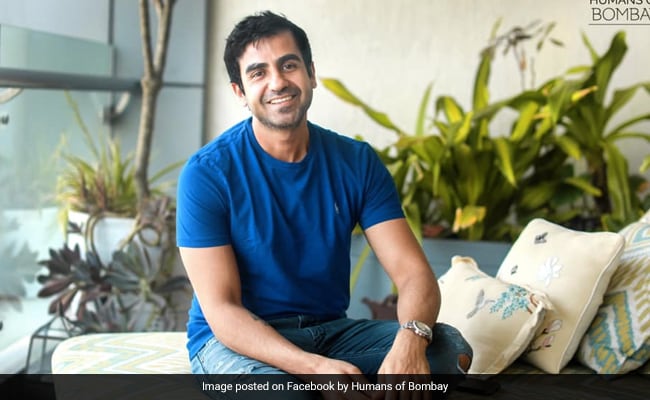 Nikhil Kamath began trading at the age of 17 after dropping out of school.

Nikhil Kamath is today famous as one of India’s youngest billionaires and the co-founder of Zerodha, the country’s largest trading brokerage, but what many don’t know is that Mr Kamath began trading at the age of 17 after dropping out of school. The 34-year-old spoke about his childhood and the journey to becoming India’s youngest billionaire in an interview with Humans of Bombay.

Mr Kamath spoke about why he disliked school as a young child. “Nobody told you ‘why’ you should do something, you just ‘had’ to do it; it was inhibiting,” he said, adding that over time, he lost interest in formal education and started playing chess.

Nikhil Kamath started his first business at the age of 14 with a friend – they bought and sold used phones. However, that business was shut down unceremoniously when his mother found out about it. “She thought I’d given up on school to do a phone business and flushed the phones down the toilet!” he told Humans of Bombay.

“By then my school had started hating me back; they didn’t want me to give my boards and asked to meet my parents. Basically, they wanted me to feel sorry about myself…that’s when I dropped out,” said Mr Kamath.

When he dropped out of school, Mr Kamath says he had no plans. His only plan, he says, was to make money.

He quickly got a call at a job centre at the age of 17 and moved out of home to live with his girlfriend. Working from 4 pm to 1 am at a call centre, he soon began to try his hand at trading in the mornings.

“No one was going to hire me without a college degree, which meant I had to do something which didn’t require one,” Mr Kamath told CNBC in January this year – shortly after he and his brother, with whom he later started Zerodha, joined the Forbes India Rich List.

“Around 18, I began trading stocks properly; dad gave me some of his savings and said, ‘Manage it.’ He just had blind faith,” Mr Kamath told Humans of Bombay.

It wasn’t just his father who reposed his trust in Nikhil Kamath. Pretty soon, he was managing money for his boss and co-workers at the call centre.

After that, he quit the call centre to start Kamath Associates with his elder brother, Nithin Kamath. In 2010, they pooled their savings and started Zerodha. According to Bloomberg, if today Zerodha were to command valuation multiples in line with its listed peers, it would be worth about 35 billion rupees.

“From being a 14-year-old school dropout, to working at a call center, from Zerodha to True Beacon, I’ve figured out the two-three things I know how to do well, and stuck with them,” the Zerodha co-founder and CIO told Humans of Bombay. “And becoming a billionaire doesn’t change that-I’m still that guy who works 85% of the day…”

He signed off with a piece of advice: “Don’t sweat about this stuff – five years later, the things you’re worrying about now, won’t matter-so why not do what you have to today and have ‘stupid faith’ that it’ll all work out…somehow?”