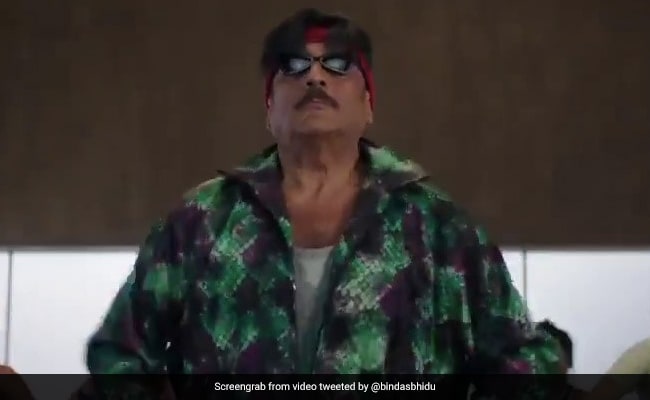 Jackie Shroff’s latest advertisement shows him in a never-seen-before avatar – leading a zumba class. The actor featured in a commercial for a credit card bill payment app in which his secret identity as a zumba-lover was revealed. This advertisement comes hot on the heels of another commercial by the same brand featuring cricket legend Rahul Dravid. In the ad, the famously-mild mannered cricketer was seen picking up fights and screaming while stuck in Bengaluru traffic.

“Atirikt zumba,” Jackie Shroff, 64, wrote on Twitter while sharing the clip, which shows him exercising in a colourful tracksuit.

Since being posted on the microblogging platform yesterday, the clip has racked up over 6 lakh views and hundreds of reactions – including one from his Ram Lakhan co-star Anil Kapoor.

While some Twitter users felt that Jackie Shroff was giving tough competition to son Tiger, others showered compliments on “Bhidu”

Last week, Rahul Dravid’s ad for the same brand had taken the Internet by storm. Much like this video with Jackie Shroff, the ad showed a never-seen-before side of the cricketer. “Angry Dravid” became one of the top trends on social media after the ad made its way online.

Jackie Shroff was last seen in Mumbai Saga. He will next be seen in Radhe: Your Most Wanted Bhai, which stars Salman Khan and Disha Patani.