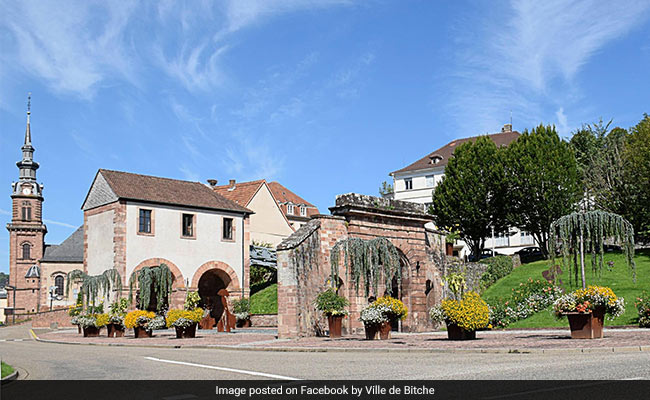 Latest: Facebook Accidentally Pulls Down Page Of French City. It’s All In The Name

Ville de Bitche is a town located in north-eastern France.

“What’s in a name?” Shakespeare famously asked. Quite a lot apparently, and a city in France learnt this the hard way. The residents of Bitche in northeastern France were taken aback when the city’s Facebook page was deleted. The reason attributed to the action was that the page had violated the terms and conditions of the social media platform. This stumped the city, as they were quite sure that they had done nothing to warrant this move. Soon, they realised they only had the city’s name to blame.

According to a report on Politico, the city’s official page named “Ville de Bitche (City of Bitche)” was pulled down, out of the blue, on March 19. To figure out why this happened and put forth an appeal to restore the page, Valerie Degouy, the city’s communication manager, attempted to contact Facebook.

“I tried to reach out to Facebook in every possible way, through different forms, but there’s nothing (I could) do,” Degouy said. Following this, she went on to create a new page titled “Mairie 57230,” based on Bitche’s postal code. Degouy explained that they had faced issues even while creating the page in 2016.

This peculiar problem that Bitche was faced with soon gained media traction. Speaking to CNN, Benoit Kieffer, mayor of Ville de Bitche, said, “We received a Facebook message and we also noticed that it was missing. At first, you wonder, was there a technical problem? However, with the length of time, it can be considered real censorship.”

Speaking about the name, he added, “Bitchois and Bitchoises are proud to wear this name. The Americans already wore it proudly with a touch of humour of course.”

Following this, Facebook admitted that the page was “removed in error” and reinstated it.

There are several towns in France with names that could make Facebook uncomfortable enough to flag them. Another town in the same region of the country, Rohrbach-les-Bitche, therefore, took a preemptive measure to change its name to circumvent Facebook’s profanity filter.

Once the page was restored, Mayor Kieffer, released a statement on the reinstated Facebook page and Bitche’s official website. In it, he stressed the importance of having human moderators while filtering through content to help differentiate between false positives and more serious offenders. He also urged the social media giant to make its policies more transparent and fair. Ending the issue on a positive note, the mayor welcomed Facebook CEO Mark Zuckerberg as well as Facebook’s French business head to visit Bitche for themselves.