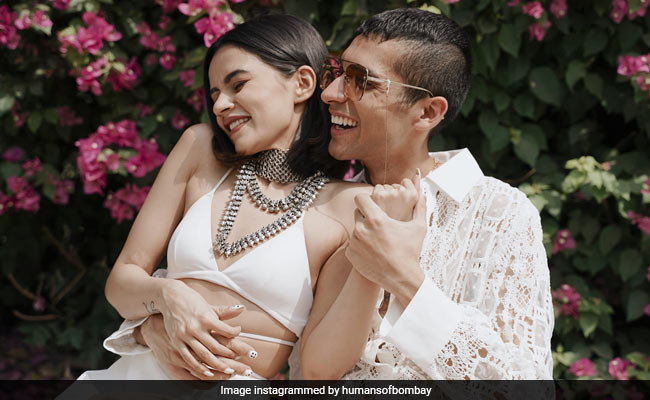 Latest: When Komal Pandey And Siddharth Batra Made It Insta-Official

Komal Pandey And Siddharth Batra are both popular influencers on Instagram.

Komal Pandey And Siddharth Batra are both popular influencers who surprised their followers when they made their relationship ‘Instagram-official’ last year. Now, Siddharth has opened up about dating Komal Pandey in an interview with Humans of Bombay.

Siddharth revealed that he met Komal, who is counted among one of India’s most popular influencers with a following of 1.3 million on Instagram, in the year 2018. They met in Gurgaon through a mutual friend and soon found common ground in their love for fashion.

“We spoke a lot that night, we were both from the fashion world so we had a lot to talk about. She showed me her page; we followed each other,” says Siddharth.

The two remained acquaintances for the longest time, although Siddharth admits he felt an instant attraction towards Komal, who at that point was seeing someone else. The two kept in touch by replying to each other’s Instagram stories.

“This went on for a few years,” says Siddharth. “Then one day, when I’d DM’d her, appreciating her work, our conversation just flowed naturally.”

Realising that they lived at a distance of just 15 minutes, they decided to meet. Siddharth recalls that it was the first time the two met alone and describes it as “so comfortable”. That day, the two spoke about life and goals and watched FRIENDS.

After that, Siddharth and Komal started spending more time together – making occasional cameos on each other’s Instagram feeds and even collaborating for fun videos.

However, the coronavirus-induced lockdown was announced just as the two started going out. “But believe it or not, the lockdown acted as a catalyst in our relationship,” says Siddharth. “We’d be on video call 24*7, motivating each other, sharing ideas, acting as critics and of course bantering! it would mostly be me taking her case and her responding with her standard comeback, ‘Tum chup karo!'”

They saw each other for the first time in months after the lockdown was lifted. Siddharth says it was an emotional moment. “Being able to hold her felt emotional… I didn’t leave her for the longest time!” he says.

And so, on Komal’s birthday, they decided to make their relationship official on Instagram.

It’s been almost a year since that day and in this one year, the couple have travelled together, met each others’ families and hung out with friends. “She’s such a hit with my family,” says Siddharth, adding that his mother “adores” Komal.

“She’s the one I go to when I’m happy and when I’m sick; especially when I’m sick because she makes the best curd rice!” Siddharth tells Humans of Bombay.

Talking about the kind of relationship they have, the fashion influencer says that they take time out to celebrate special moments. Whether it’s winning an award or just spending time together, the two are always surprising each other with flowers and cakes.

“And I live for her to say the 3 magical words… ‘Tum chup karo!’ makes my day, every time!” concludes Siddharth.

The Facebook post has racked up nearly 6,000 reactions and hundreds of comments. While many wished the couple good luck and happiness together, others were also slightly critical of the post.

“Happy for these two, but this story is neither noteworthy or unique, and definitely not moving enough to be posted on such a vast platform,” wrote one person in the comments section. “It’s not that celebrity’s stories are not inspiring, but certainly this is not the one!” a Facebook user wrote.

“I love them. Especially her. To hell with y’all and your negativity,” another countered.