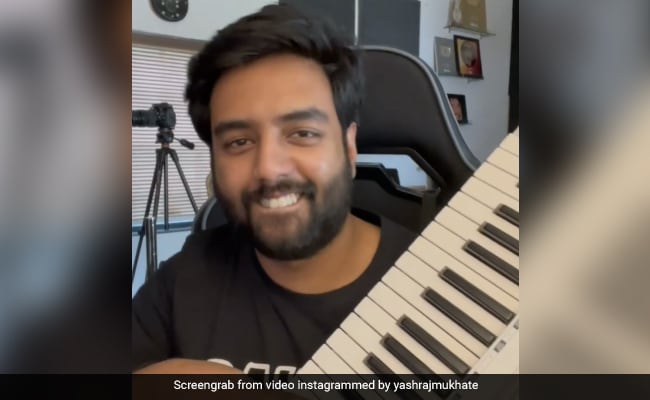 Yashraj Mukhate collaborated with Smita Satpute for his latest mashup.

Social media sensation Yashraj Mukhate is back with a fun new song – and this one doubles up as the perfect comeback for all Internet trolls. Yashraj Mukhate collaborated with Instagrammer Smita Satpute for his YummyYummy mashup video, which was shared on Instagram this Tuesday. Since being posted online, the video has crossed 1.3 million views on Instagram – no big surprise, given that the music composer has seen viral fame since his first mashup – Rasode Mein Kaun Tha – captured the Internet’s attention.

In the latest video, the song begins with Smita Satpute asking social media users to mind their own business instead of interfering in the business of others. Warning the trolls, she says, “Kya hota hai malum hai? Gaali milti hai (You know what will happen? You’ll get a piece of my mind),” she says.

Since being posted on Instagram two days ago, the mashup has received much praise.

“The rap part was best,” wrote one person in the comments section. “This is going to trend soon,” another predicted.

Yashraj Mukhate first found fame with his massively viral Rasode Mein Kaun Tha remix. Since finding success with the viral track, Yashraj Mukhate has worked on a song with Vishal Bharadwaj and been invited as a guest to talent hunt show L’il Champs, among other collaborations.