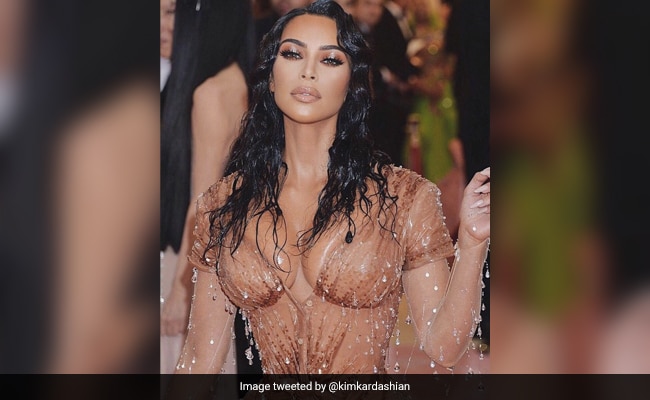 Kim Kardashian has a ‘Bridgerton’ connection – of sorts.

Here’s the exchange between Kim and Nicola:

The two continued their conversation on Twitter, with Nicola saying that that they would love to have Kim Kardashian at one of the fittings. And then the actress revealed that Mr Pearl, who made Kim’s corset for the Met Gala, made the very next one for Lady Featherington for the Netflix series. “You’ve been part of the Bridgerton world for longer than you know!” added Nicola.

Omg yesss of course we would love to have you! Also did you know that Mr Pearl made your corset for the Met Gala and the very next one he made was mine for Bridgerton? You’ve been part of the Bridgerton world for longer than you know!❤️❤️❤️

Declaring Kim the “Duchess Kardashian of Calabasas”, Nicola replied “Lady Whistledown is happy to declare you the season’s true incomparable.”

Why of course, Duchess Kardashian of Calabasas! Lady Whistledown is happy to declare you the season’s true incomparable 💎

In her final tweet, Kardashian assured “Lady Whistledown” that she won’t let her down and “wear this title proudly”.

I will wear this title proudly and not let you down Lady Whistledown! 💎 https://t.co/urD8TZql6k

Fans of both the actresses enjoyed the wonderful exchange. “I’m loving it, now I need a photo with Kim and Lady Whistledown together,” wrote a user.

I’m loving it, now I need a photo with Kim and Lady Whistledown together 🙌🏻 pic.twitter.com/oFefqoLbx4

Another fan shared a photoshopped poster featuring Kim Kardashian and said: “Give us the cameo we deserve, Nicola!!”

Give us the cameo we deserve, Nicola!! pic.twitter.com/4BHoRiVOcO

This fan said that the “Kim and Nicola” conversation was “an episode on its own”.

But only when people thought it would end this way, Netflix weighed in, saying, “Kim Featherington does have a nice ring to it — I’ll see what I can do!”

Kim Featherington does have a nice ring to it — I’ll see what I can do!

‘Bridgerton’ has already been renewed for season 2. Alongside the announcement, creator Chris Van Dusen had said of its appeal: “I think the show really provides an incredible escape for audiences at a time where that’s exactly what’s needed. Bridgerton is this lavish, vibrant, steamy Regency love story; it is about romance, love and joy; I think all of those things are really universal themes people are responding to.”

The Regency-era London romantic drama is Netflix’s biggest original series of all time, the streaming service had said in January. Over 82 million households watched Bridgerton in the first 28 days, with the show hitting number one on Netflix’s daily “Top 10” lists in 83 markets.

Latest: Ratan Tata’s Shout-Out To The People Who “Fight For Our Planet” On Earth Day